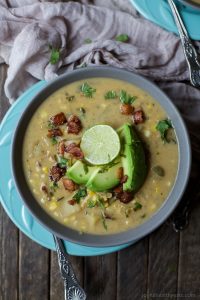 This Crock Pot Potato Corn Chowder is so comforting, easy to make and delicious! Made with bacon, roasted poblano peppers and more, this gluten free & dairy free dish is to die for! 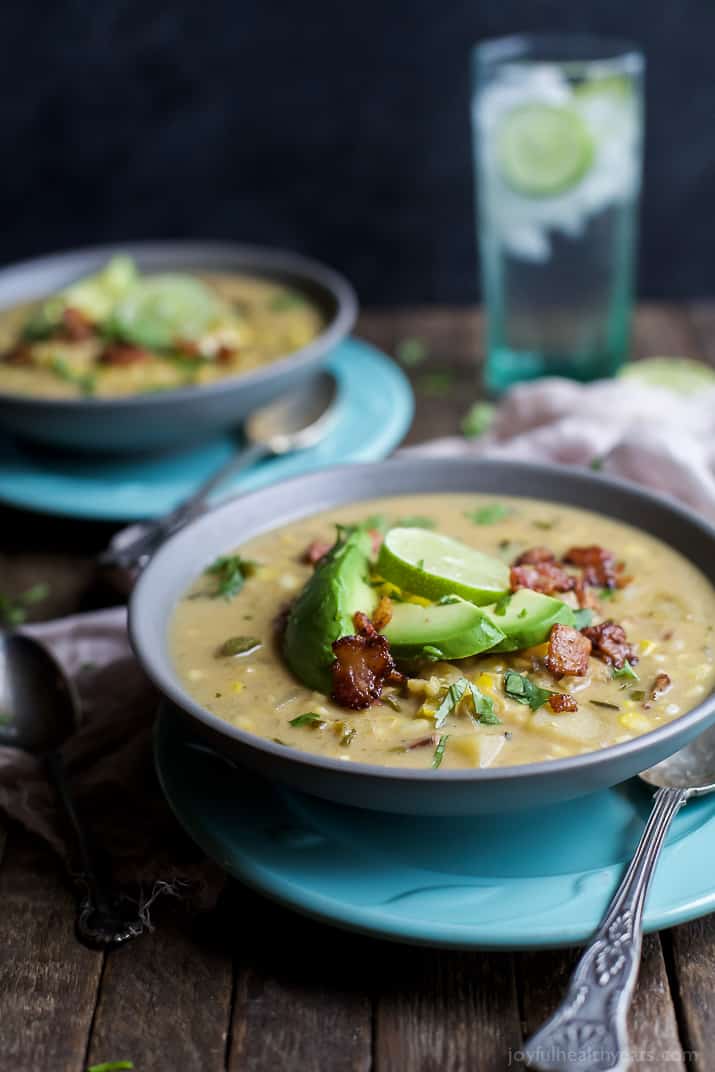 So, do you know that I’m kinda obsessed with turning any recipe into something Tex-Mex?

If you don’t …. ummm… you might need to go back through my recipes! Most of them have a Tex-mex flare. Including the one you’re looking at today!

When it comes to soups, the longer it cooks the better! And what better way for a soup to cook than in a crock pot?

I mean, crock pots were MADE for melding flavors together over a long period of time!

A couple years ago a made a Southwestern Corn & Potato Chowder that kinda blended my Tortilla Soup with Corn Chowder and it’s freakin delicious! So I thought why not use the same Corn & Potato base and change things up a bit. 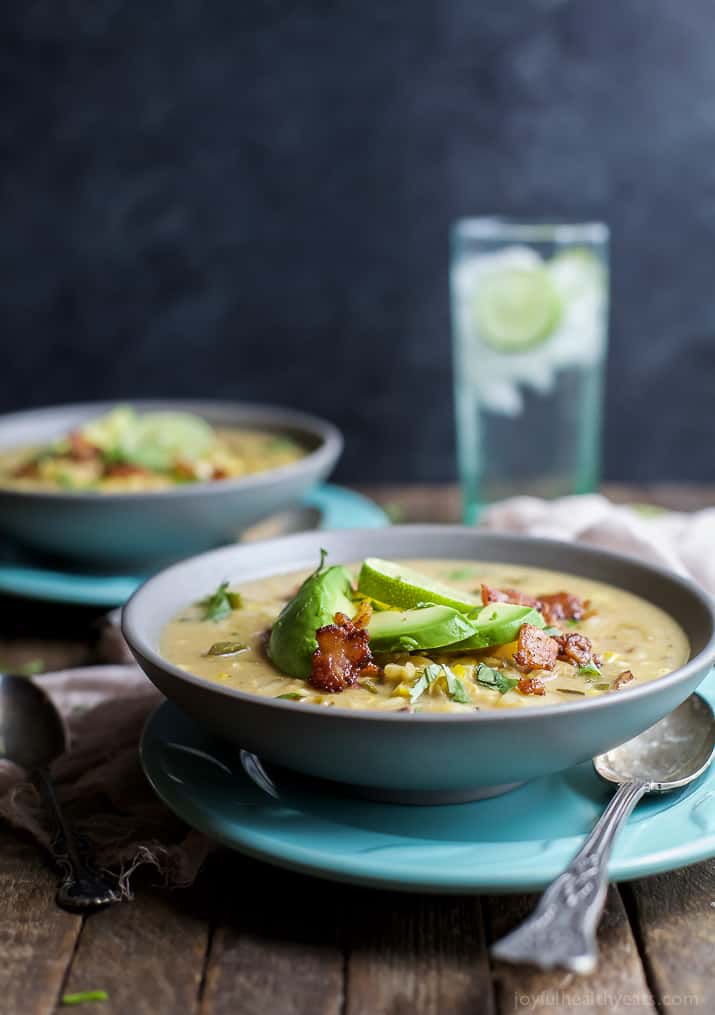 Can I be honest with you?

I think I like this one better! It’s been a while since I had the other one. But this one packs a little more heat than the other Southwestern Chowder and I’ve perfected my skill of layering flavors over the years. The flavors are different AND with this soup I decided to take a couple of cups out of the crock pot and then blended it with the coconut milk. This part was huge because it allowed the coconut milk to blend together with the broth instead of separate, truly creating a delicious chowder!

I could have gone for seconds or even thirds of this soup. But … unfortunately … and fortunately I had signed up to bless a family in our church with a meal because their lives are cray cray right now.

So after I finished making the soup, I scooped just enough out to photograph two bowls and then saved a little one for Cason .. but that was it. After Mike and I finished eating we both looked at each out and were ready for more. But … no mas! (that means more for those who don’t know Spanish 🙂 )

I guess I’ll just have to make this soup again. Which I am perfectly okay with it! 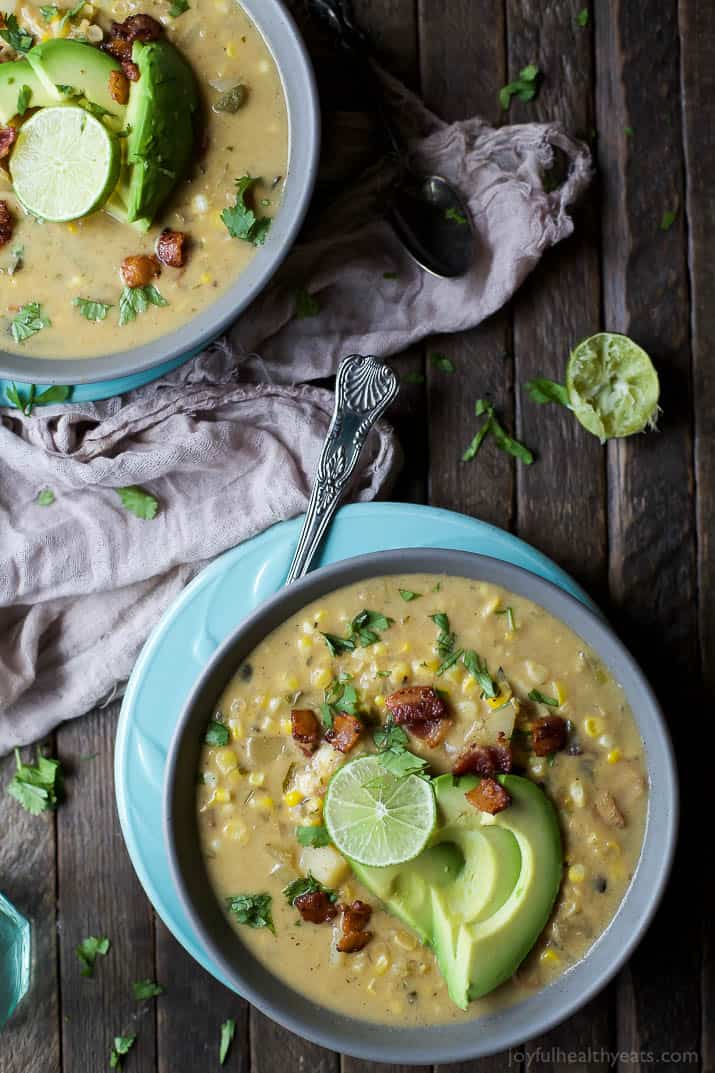 Why This is The Best Corn Chowder Recipe

This soup has so many different things going on. It’s comforting, creamy, spicy, smoky, bacon-y … basically it’s gonna blow your mind! Then it’s topped with avocado, which makes everything better!

All in all … it’s one winner of a soup that you’re gonna want to cozy up with under a blanket while binge watching Netflix.

Now go get the ingredients. You won’t regret it!

This Crock Pot Potato Corn Chowder is so comforting, easy to make and delicious! Made with bacon, roasted poblano peppers and more, this gluten free & dairy free dish is to die for! 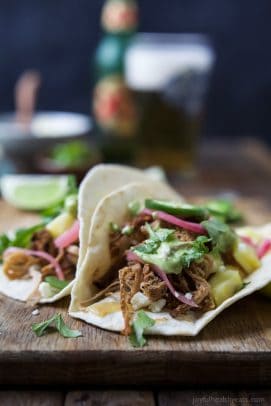 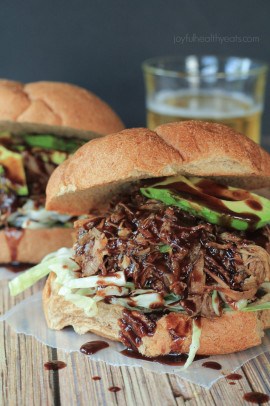 Hi! I'm the recipe developer and food photographer behind all these easy healthy recipes! I love food, Jesus, morning lattes, and am obsessed with fantasy football! { more } 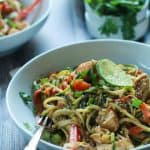 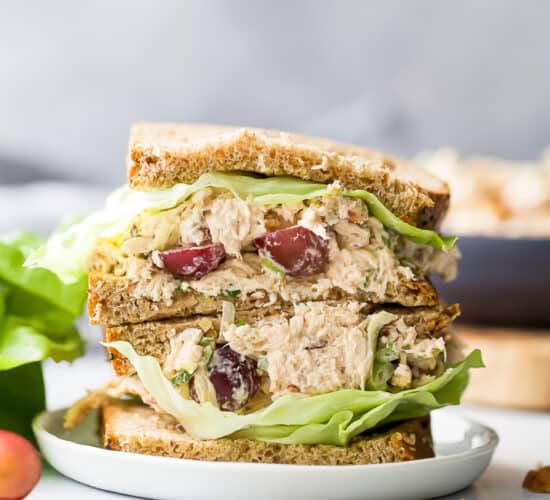 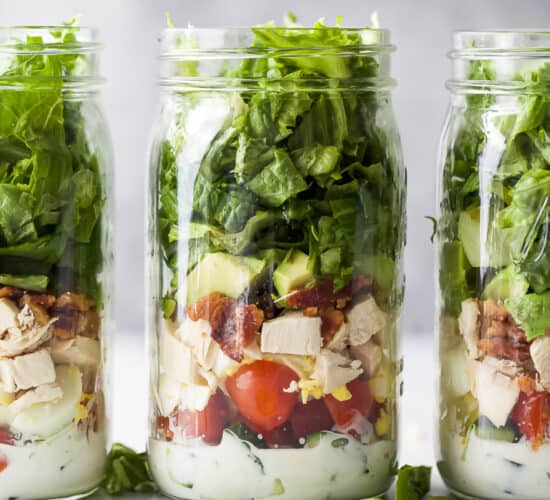 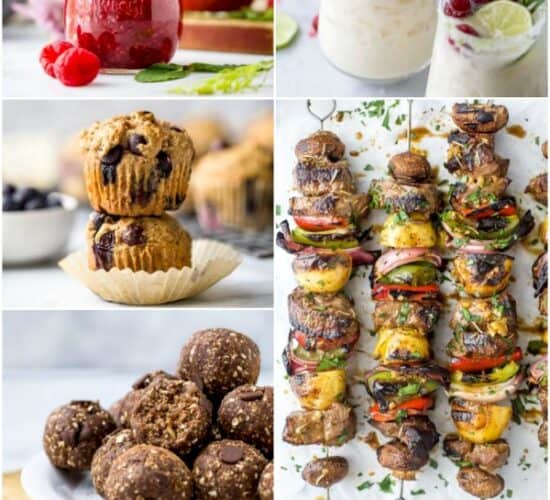 @joyfulhealthyeats
🌟Because Friday night calls for something delic

Slathered in a Honey Garlic Butter Sauce 🍯then

✨I kinda have this love affair with cream sauces

🥗One of my most pinned salads ➡️15 MINUTE A

We are officially at the end of #JHESaladWeek🥗