Subscribe Now Pin It
Get My 15 Cozy Fall Recipes!
Jump to Recipe
1078 shares 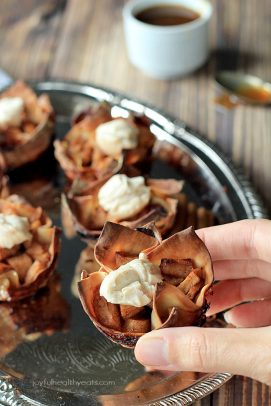 These crispy Caramel Apple Pie Wonton Cups are stuffed with creamy melted caramel sauce and apple pie filling, then topped off with a Honey Cinnamon Mascarpone Cheese! They’re so comforting and tasty! 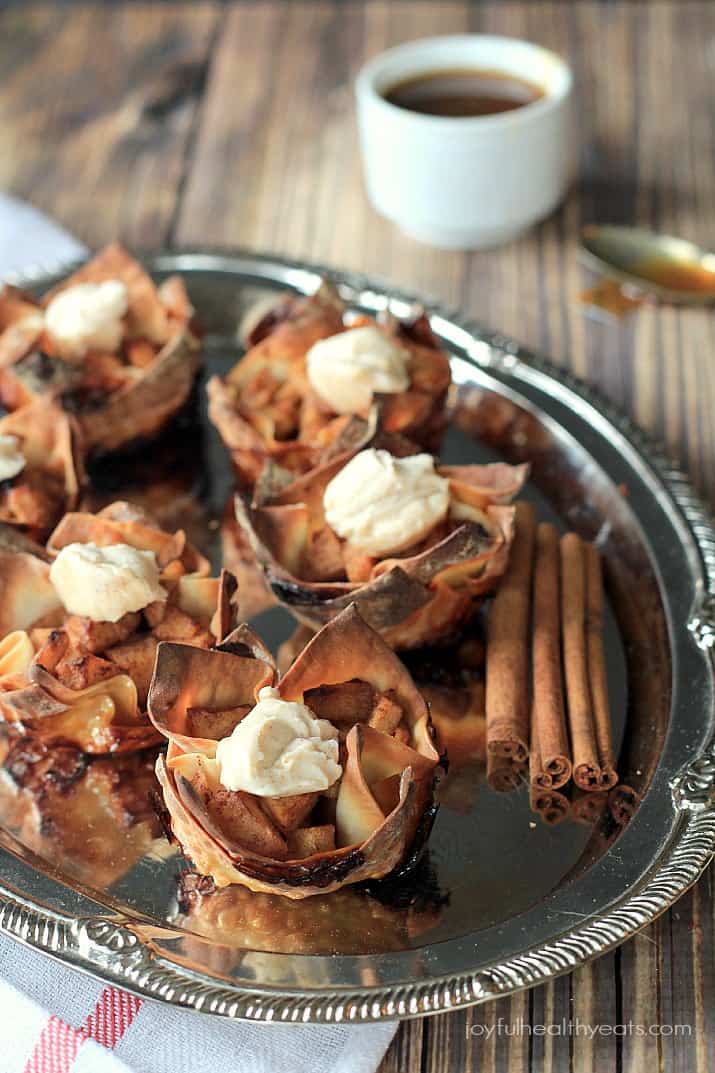 Have I ever told you how I learned to use a camera? Like really use a camera, none of this auto mode stuff… 100% manual mode!

I have this sweet friend who is a photographer and she decided to put on a  workshop called “OHHHH Snap” so I went to it {being the supportive friend that I am} … hehe.. and finally learned what IOS, Aperture, and Shutter Speed are AND how to use them in my favor!

Well, that same sweet friend of mine shoots alot of weddings and family portraits across the US. {If you’re interested give send her an email she has an amazing eye… and thats my shameless plug :)} 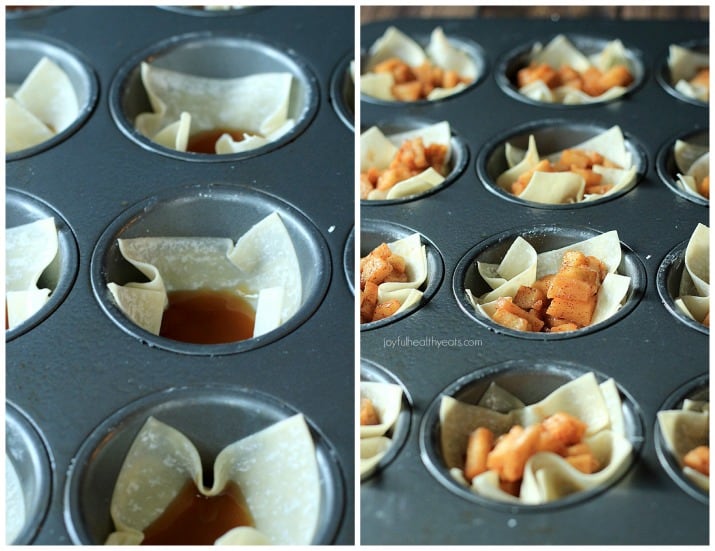 Anyways, the one problem with being a single photographer at a wedding is you can’t be in all places at all times. So usually my friend hires a second shooter to help capture all the shots for the day!

That second shooter is ME! Eeekkk! 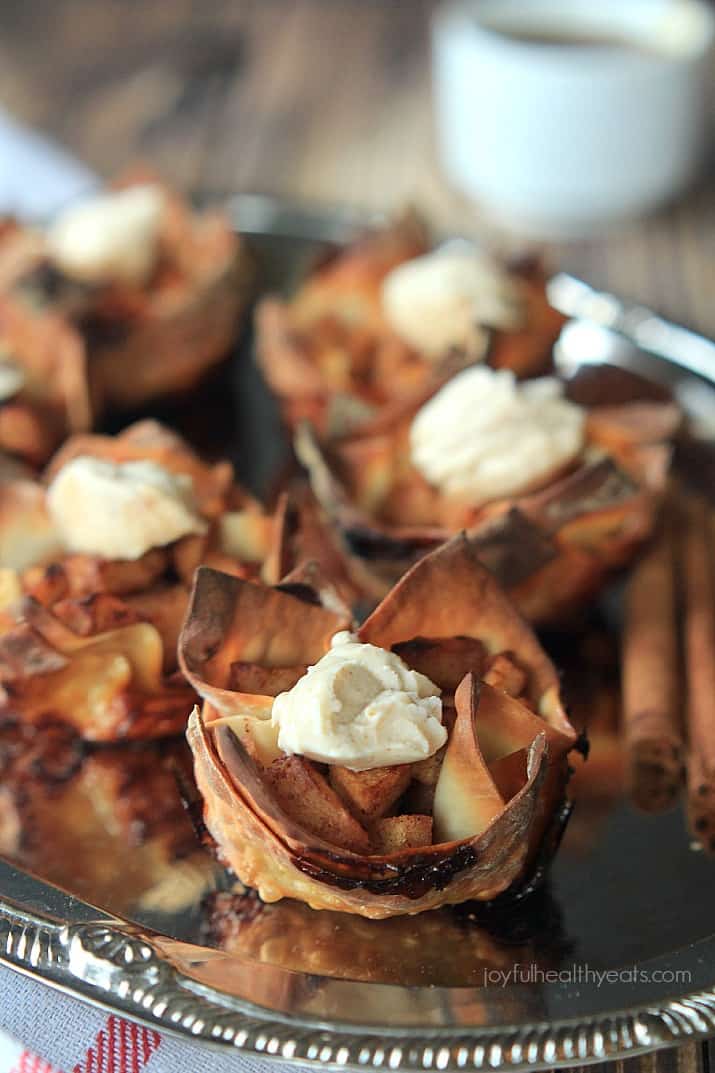 Kinda freaking out a bit but also excited! Its the first time I’ve done anything like this! I just hope I can capture all the moments that I need to, its such an important day in someones life and it only happens once! So no “redo’s” if I mess up!

Something else I’m super excited about are these Caramel Apple Pie Wonton Cups! 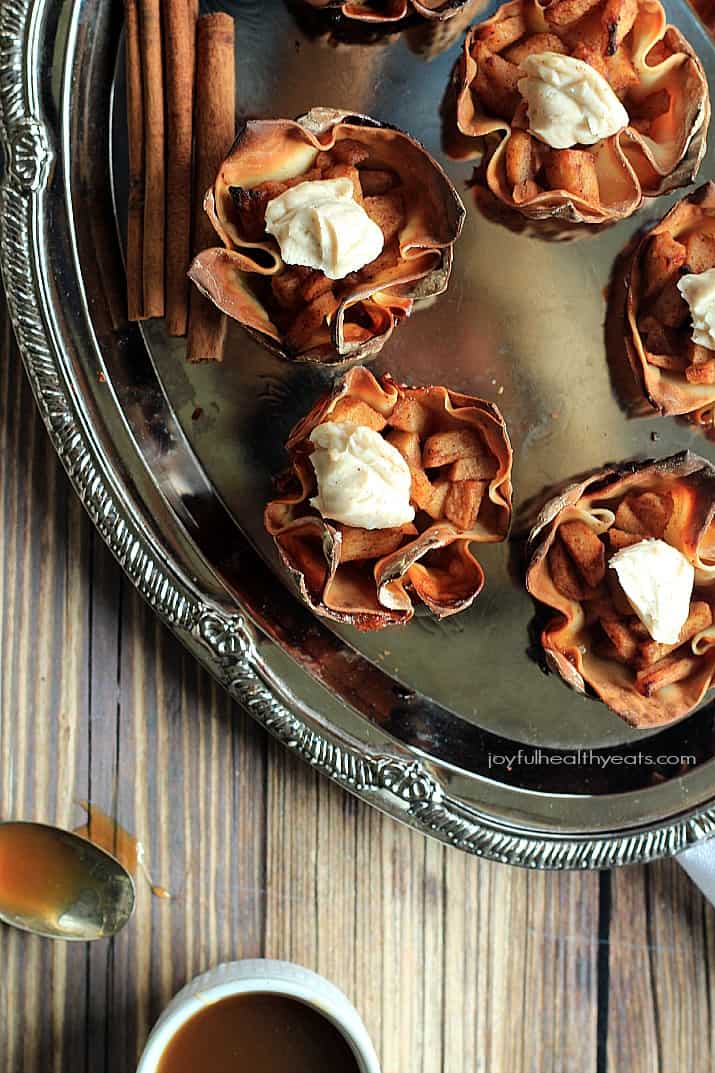 We had friends over for dinner the other night and I was kinda going for this fall theme dinner. I made a autumn kale salad, the crock pot quinoa vegetarian chili that I posted on Wednesday, and then these Apple Pie Wonton Cups!

These fun bite size treats have all your favorite apple pie components and then some!

Smushed in between two wonton wrappers is a creamy caramel sauce and as the wonton wrappers bake in the oven, they turn into crispy dough cups that are the perfect vehicle for the apple pie filling stuffed inside. 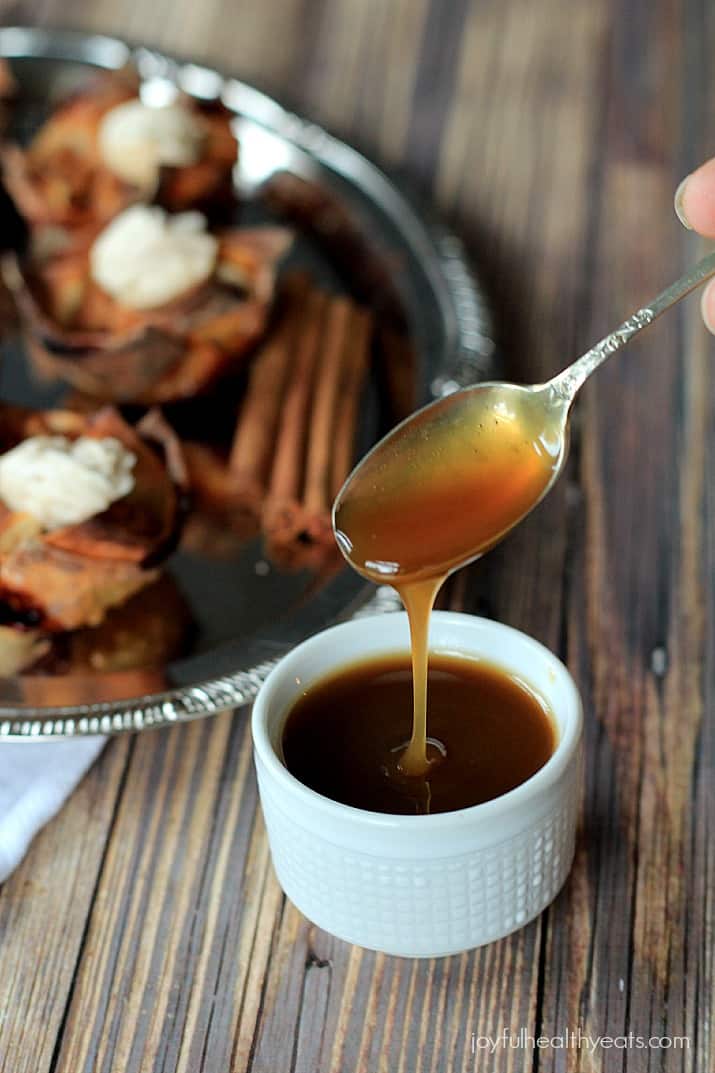 Then, if that doesn’t sound mouth watering enough these amazing dessert bites are topped off with a Honey Cinnamon flavored Mascarpone Cheese that slowly melts into the apple pie filling.

Guys, my mouth is watering as I’m writing this! Seriously soo stinking good, I hope you get a chance to make them.

Better yet.. go make them now and try to control yourself to eat just one! 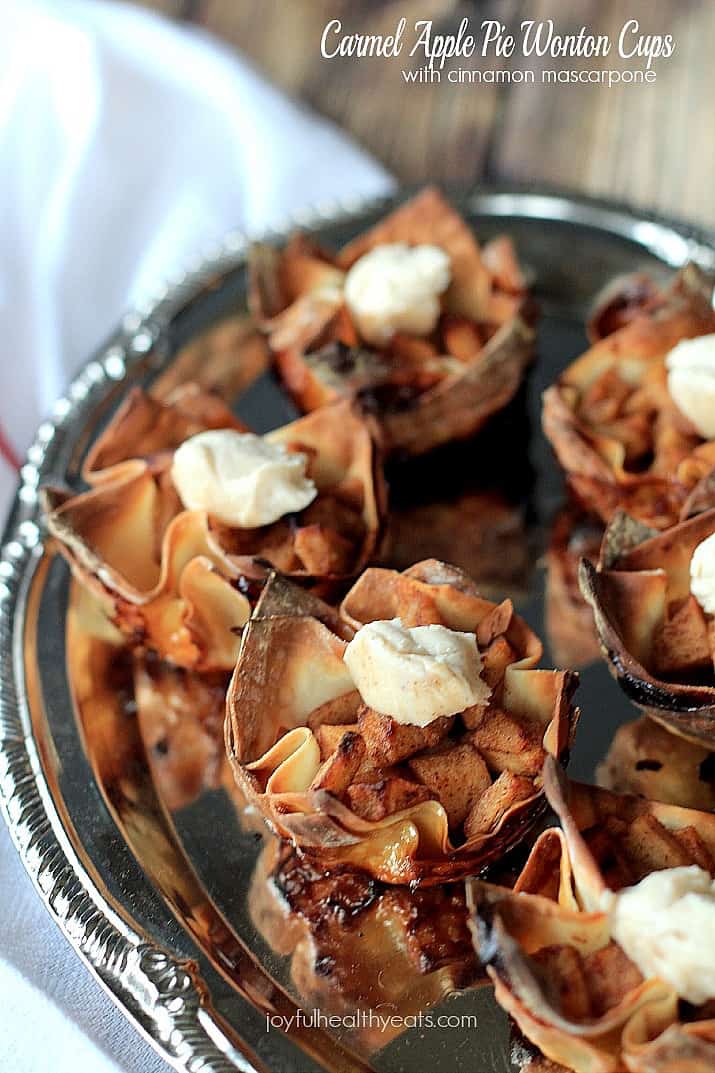 Save your favorite recipes to your own personal recipe box! Click the SAVE button in the recipe box below to create your own meal plans! Awesome-ness!

These crispy Caramel Apple Pie Wonton Cups are stuffed with creamy melted caramel sauce and apple pie filling, then topped off with a Honey Cinnamon Mascarpone Cheese! They’re so comforting and tasty! 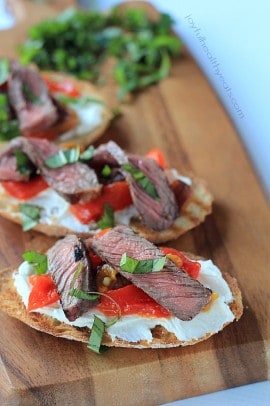 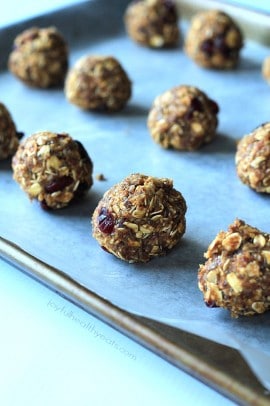 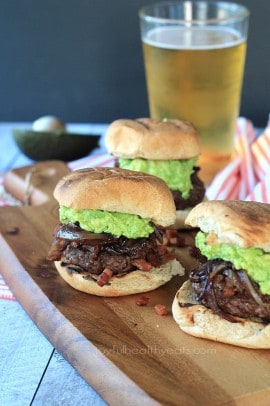 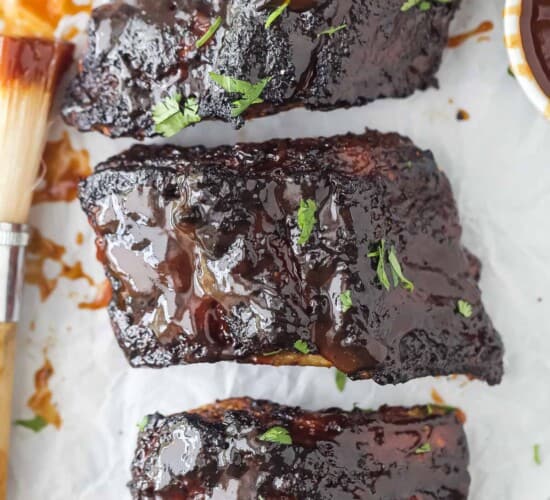 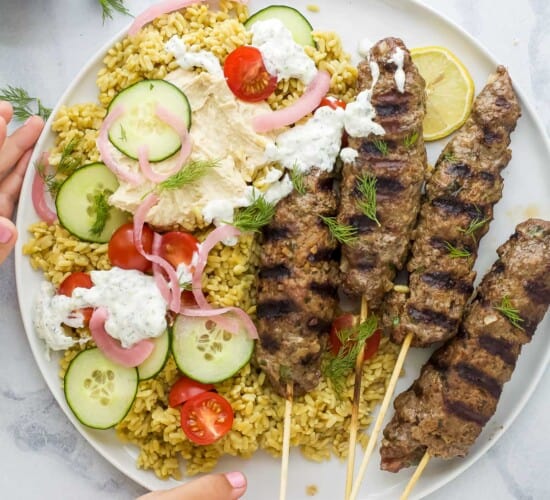 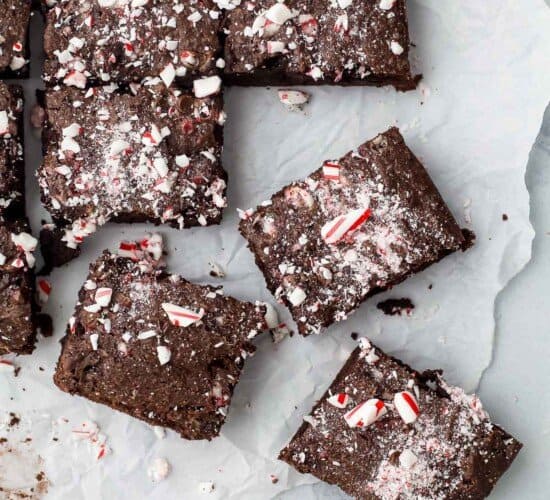 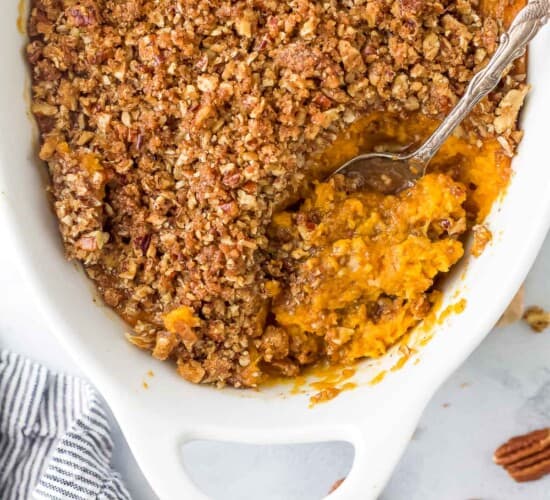 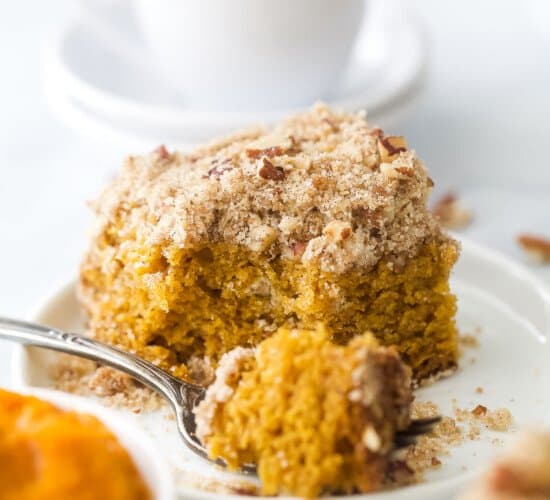 These BACON GREEN BEAN BUNDLES are the ultimate ho

EASY LEFTOVER TURKEY SALAD is my favorite way to u

😎FOOLPROOF TURKEY GRAVY with or without the dri

This SPICED CRANBERRY WHISKEY SOUR 🥃is a fun tw

Must Make VEGAN PUMPKIN PIE BARS🧡 made with coc 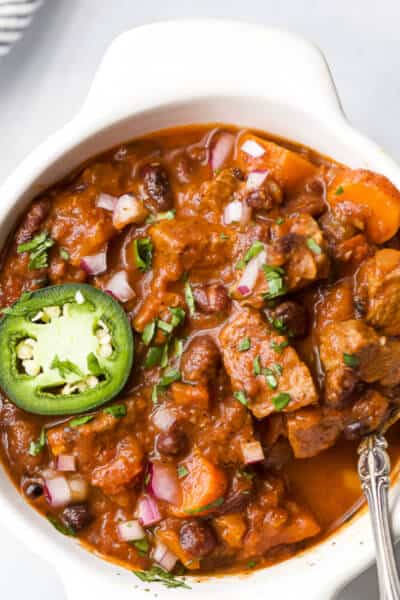