This Grilled Asian Short Rib Pizza with Blackberry Hoisin Sauce is absolutely killer! It’s a healthy and yummy pizza recipe that’s made in less than 30 minutes. 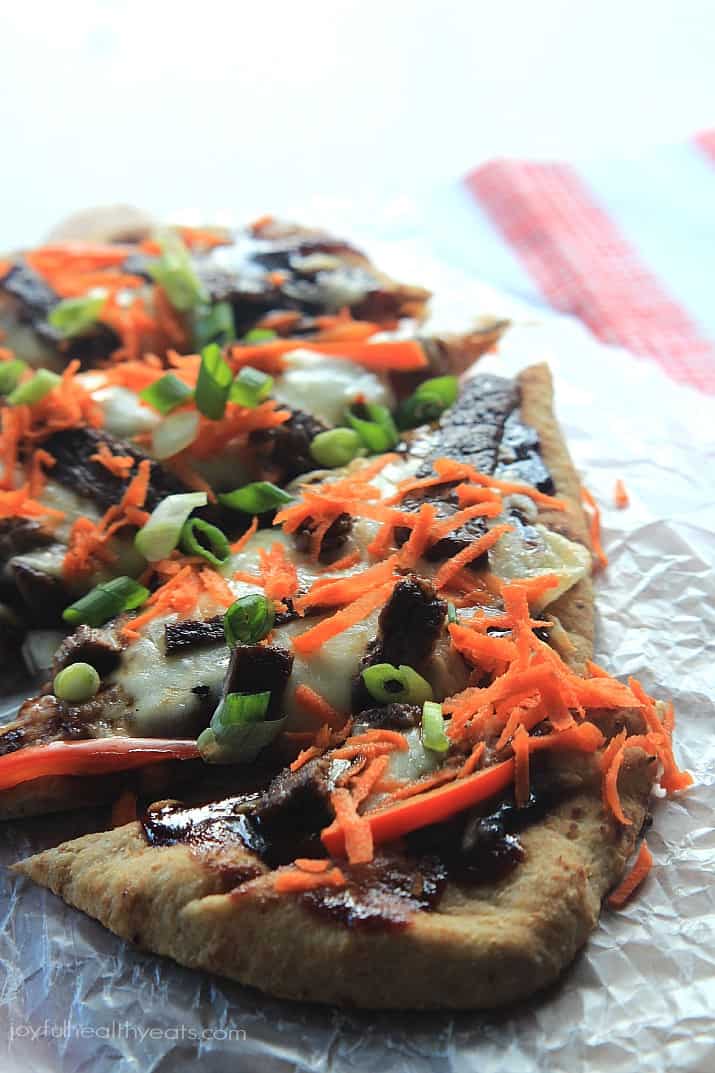 Growing up with a father who loved sports you can guess I watched aahhh–lot of ESPN. Even more during football season because, well, I lived in Wisconsin and in the “tundra” you are either a die hard Packer fan or you need to move to a different state.

Sundays were always my favorite, after church I knew that we would stop pick up ham and rolls and I would veg out on the couch next to Papajojo {thats what I call my dad :)} and watch some football. Glorious!!! Some of my favorite memories with my dad.

Because I grew up watching sports and was an college athlete myself I don’t really mind watching it too much. {lucky for my husband … because he is ESPN addict} 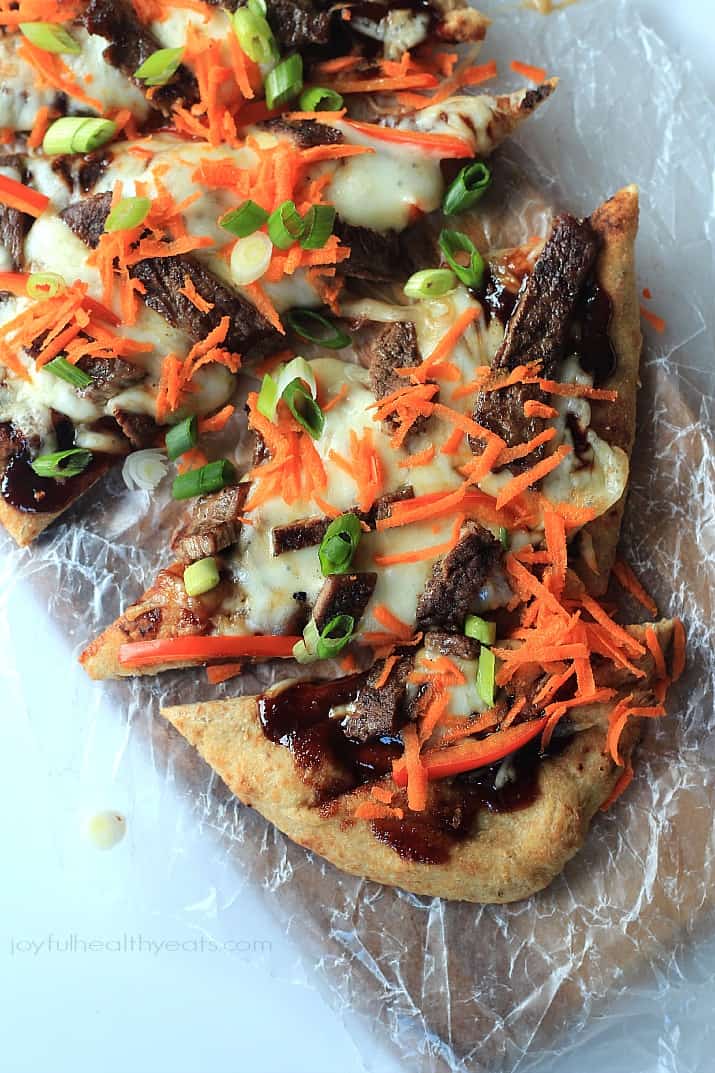 In fact, I enjoy it, especially when its NBA Finals Time, March Madness, World Cup or just Football Season in general. I guess it just brings out that competitor in me and I love it.

There are some sports though that I would rather pluck my eyes out or watch grass grow instead.

Golf is definitely one of them… hate it. They only thing that is interesting is the outfits that they wear, that is about it!

Baseball … boring as all get out. And I’m sorry but you just stand on a base. The only time you run is when you hit the ball, and thats IF you can hit. I will never understand why they get paid as much as they do in the Majors. 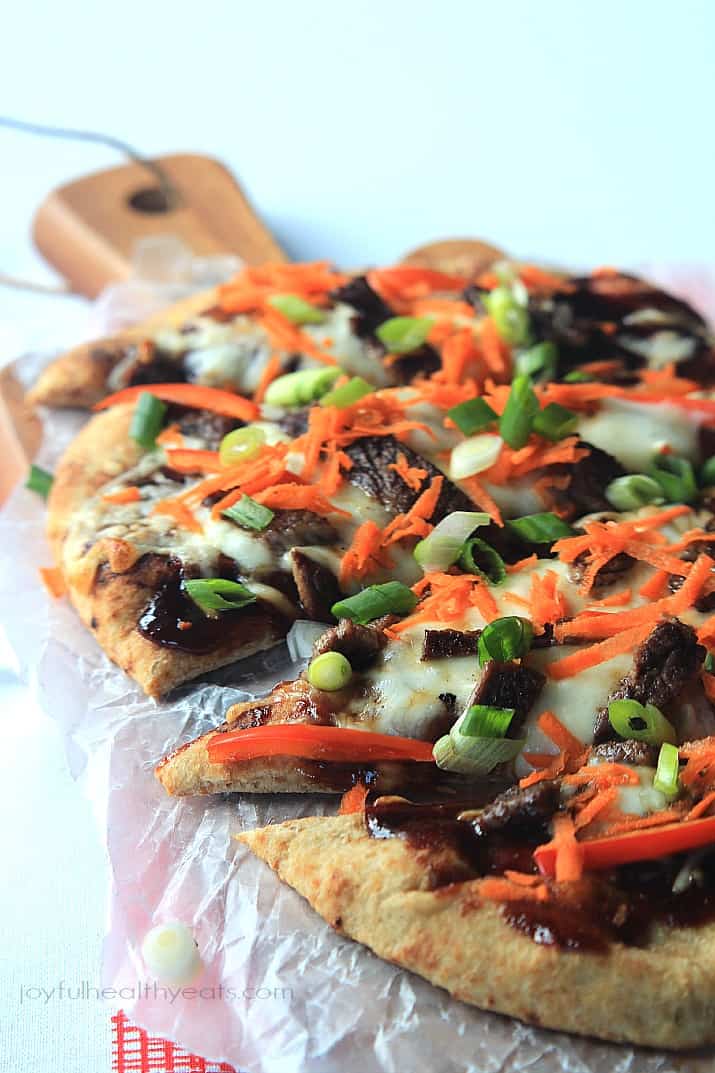 Anywho, the reason I am complaining is because as I sit here my husband is flipping back and forth between the British Open {golf} and a Braves game {baseball}. UGH…. shoot me now!

Its a good thing I love him and I have more interesting things to do, like tell you about this Grilled Asian Short Rib Pizza I just made.

About a week ago I felt like I was in a major recipe funk. I couldn’t think of new recipes to do and then when I tried a couple of the ideas I did have they were fails and definitely not worthy to put on the blog.

One of the things I do to get a little “inspiration” is watch the Food Network. As I’m sure you know, I’m a grill’aholic so I decided to record ALL of Bobby Flay’s BBQ Addiction Shows. {he had some kind of marathon going on so I ended up with like 15 episodes} YIPPEE!

As I was watching them I came to an Asian Cuisine Episode. He has short ribs that he sliced really thin, threw them on the grill, and topped them with an Asian inspired sauce. I found myself drooling and knew what I was going to make for you guys next.

Why I Love This Short Rib Pizza Recipe

Now, I’m not sure how familiar you guys are with Short Ribs but normally they sell them bone-in {kinda like Beef Ribs } or bone out but still in smaller chunks. I wanted mine in thin strips so I could just throw them right on the grill. 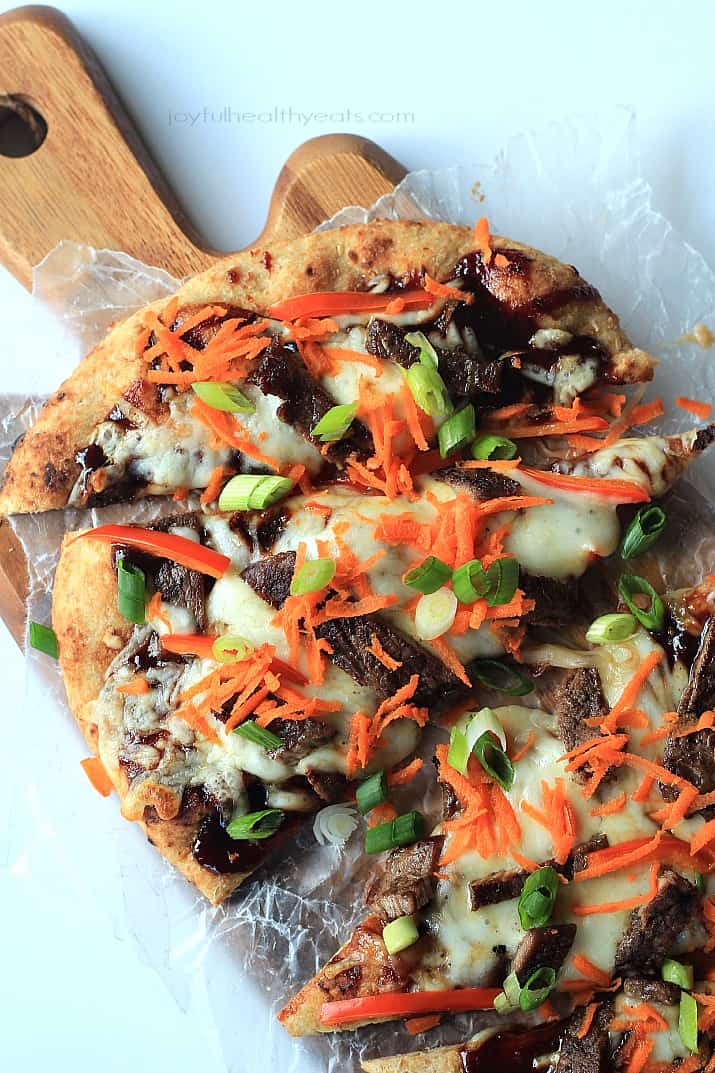 Did you guys know that if you want any kind of meat cut a certain way all you do is grab the package and take it up to the butcher to have them slice it for you? Saves you tons of time, its one of my little tricks to cut down on “chopping time.” So thats what I did, I grabbed the package and had the butcher slice it thin for me.

The flavors of the Asian Spiced Short Ribs combined with the homemade Blackberry Hoisin Sauce is out of this world by itself. Then add in the crunchy fresh vegetables, toasted whole wheat naan bread, and melted cheese and you have yourself one winner of a dinner.

What I love about this dish is its not the typical pizza, it has an international flare to it and still is done in less than 30 minutes. Which to me is important because I’m all about the quick easy recipes. You could even make the Blackberry Hoisin Sauce the morning of or day before to cut down on time.

This Grilled Asian Short Rib Pizza with Blackberry Hoisin Sauce is absolutely killer! It’s a healthy and yummy pizza recipe that’s made in less than 30 minutes. 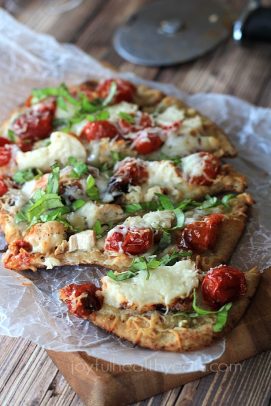 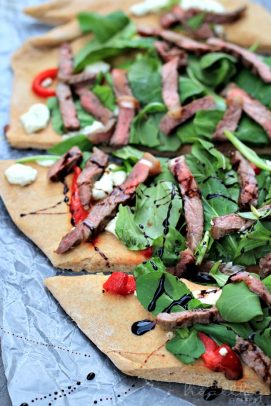 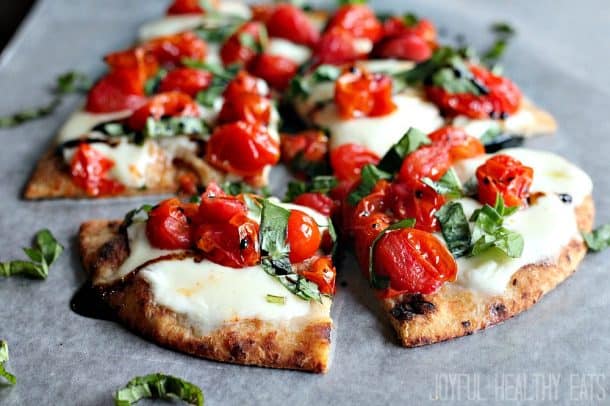 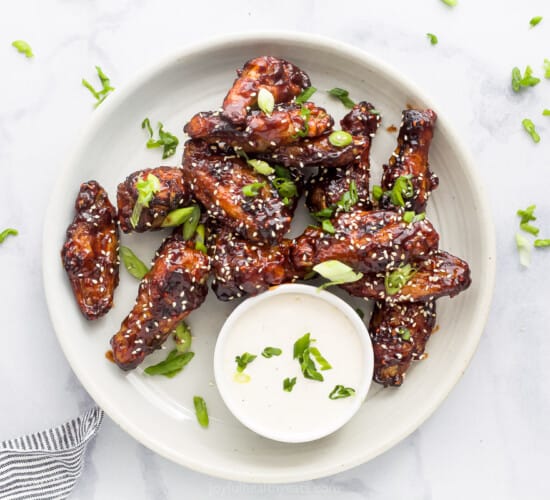 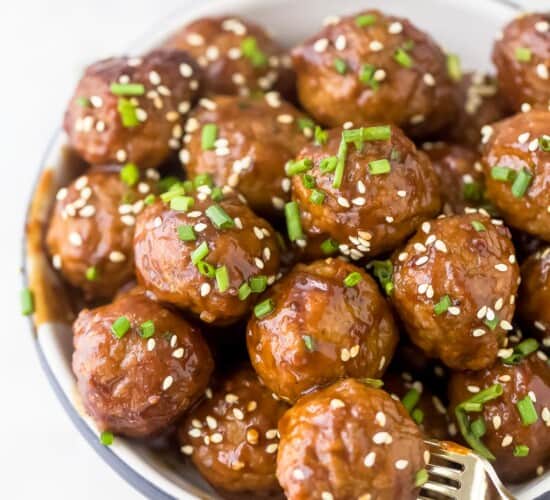 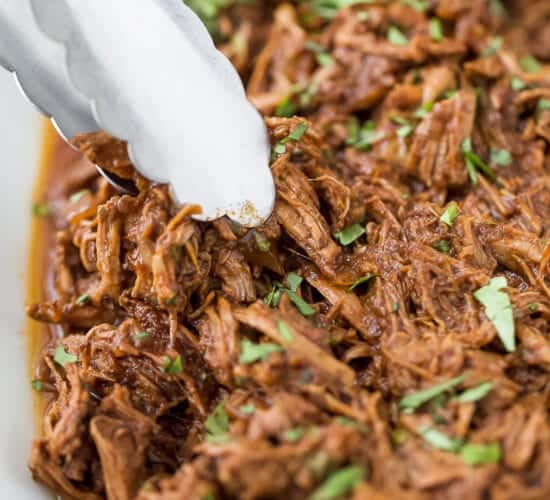 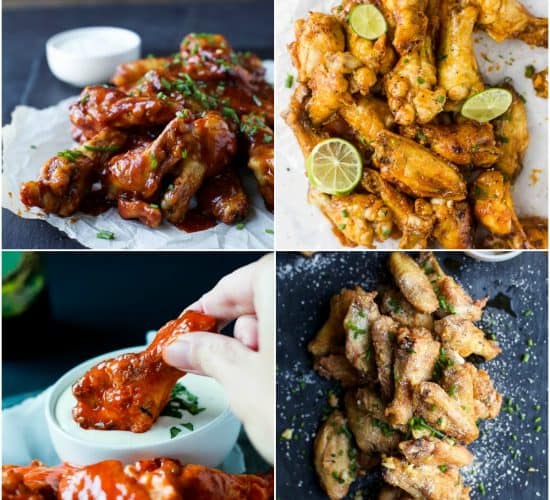 8 of the Best Chicken Wings Recipes (A Game Day Must!) 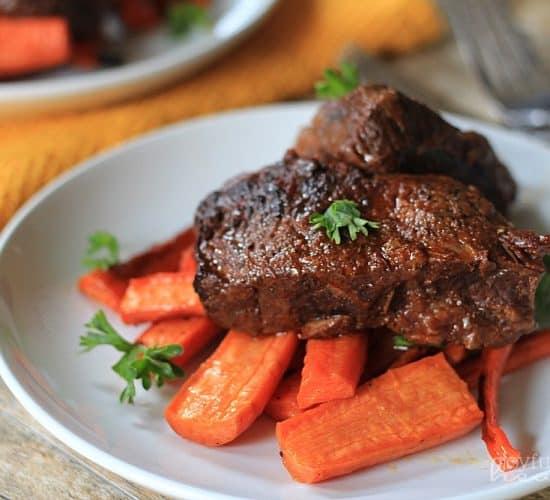