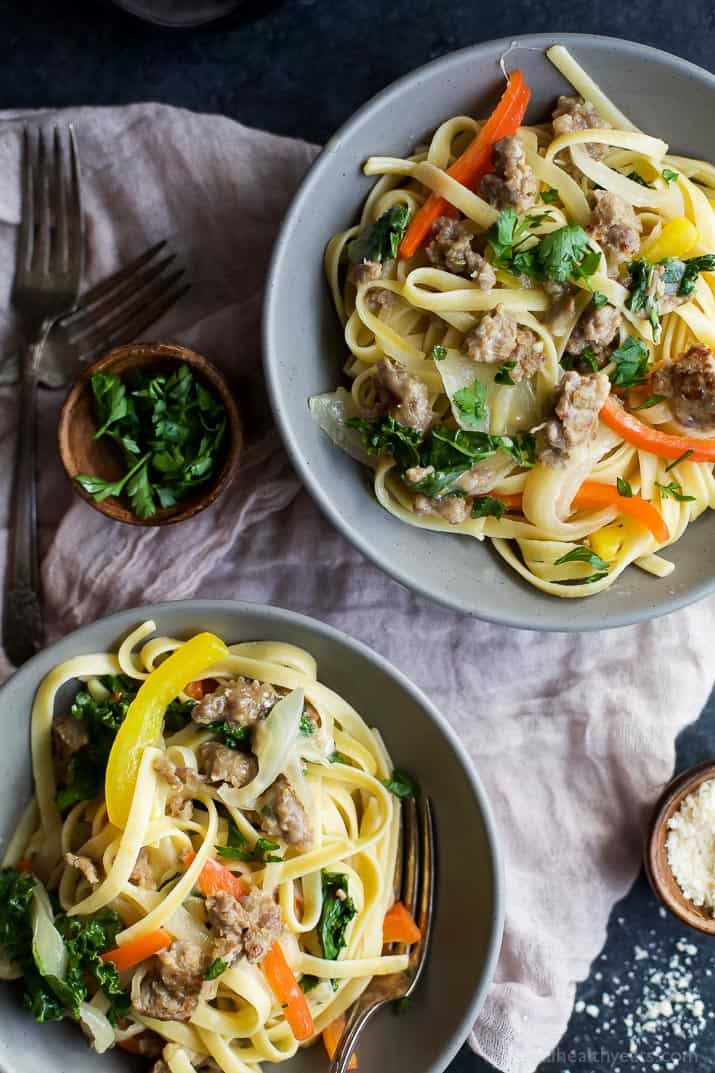 A quick and easy Creamy Kale Pepper & Sausage Pasta that’s finished in just under 30 minutes! The perfect cheesy bowl of noodles you’ll want to cozy up with for dinner!

This past week there were a lot of highs and a lot of lows. Ironically, my favorite high was actually driving back from a doctor visit. I sat there, in my car, staring at the brake lights in front of me, wondering what God has for us and trying to “figure it out.”

Cuz you know. Sometimes I think I know better than God does or that I can figure out exactly what he is doing. 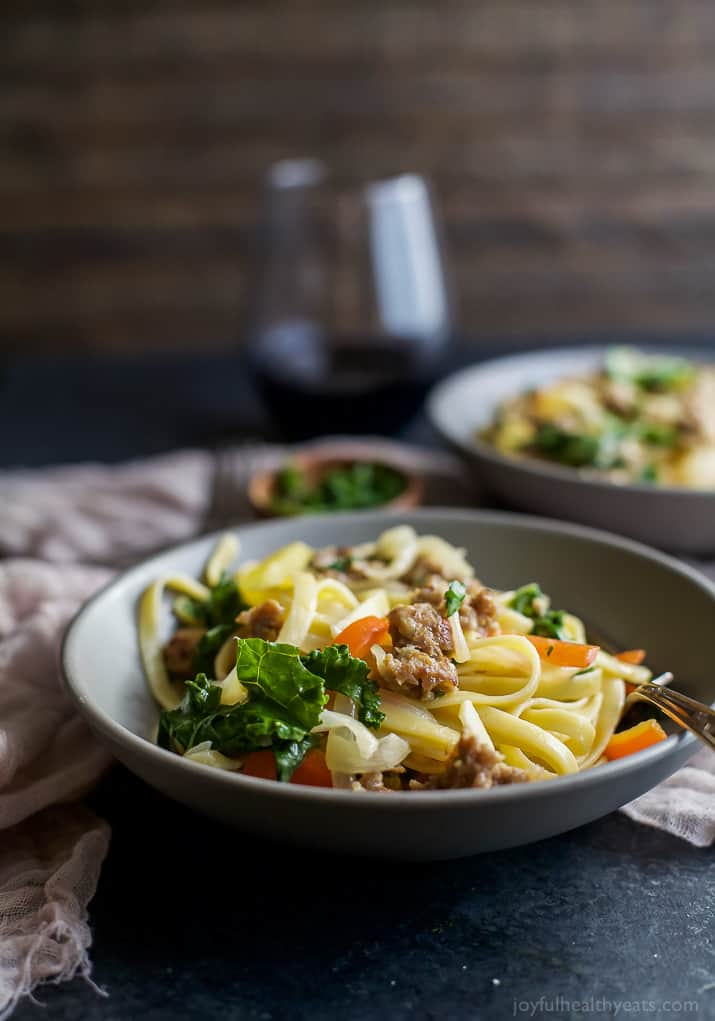 Then this song came on.

It’s a new song by Natalie Grant and I’ve heard it before, but never really listened to the words.

As soon as the first chorus came on my ears were stuck to the melody but the words captured my heart. 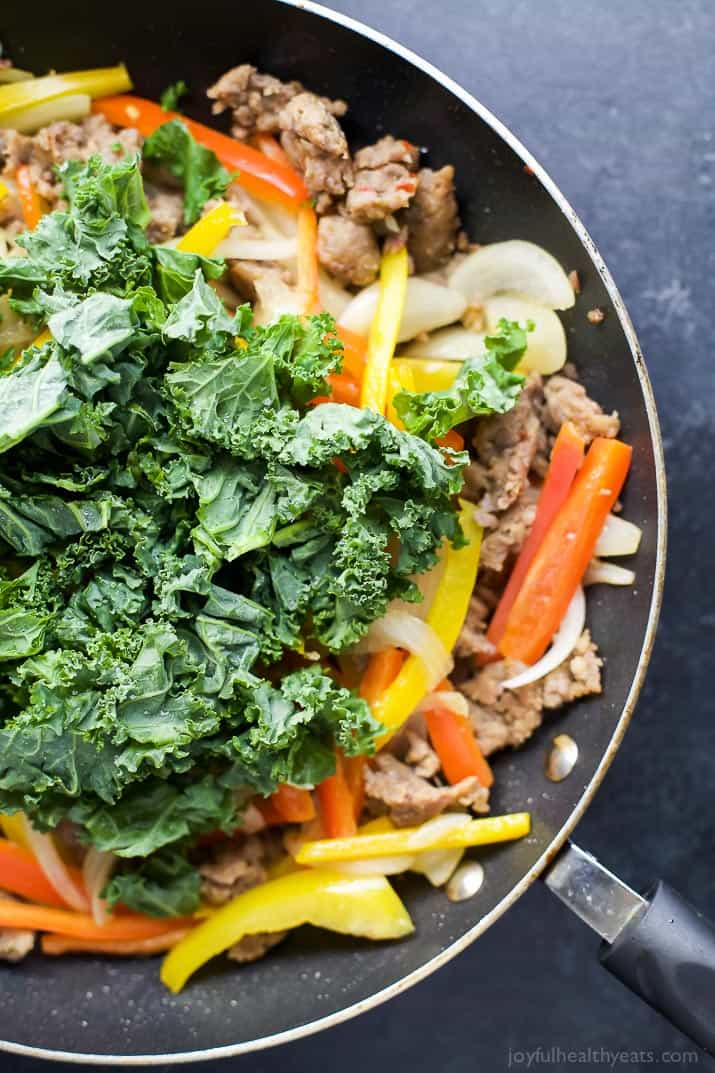 Ohhhh, you set it all in motion
Every single moment
You brought it all to me
And you’re holding on to me 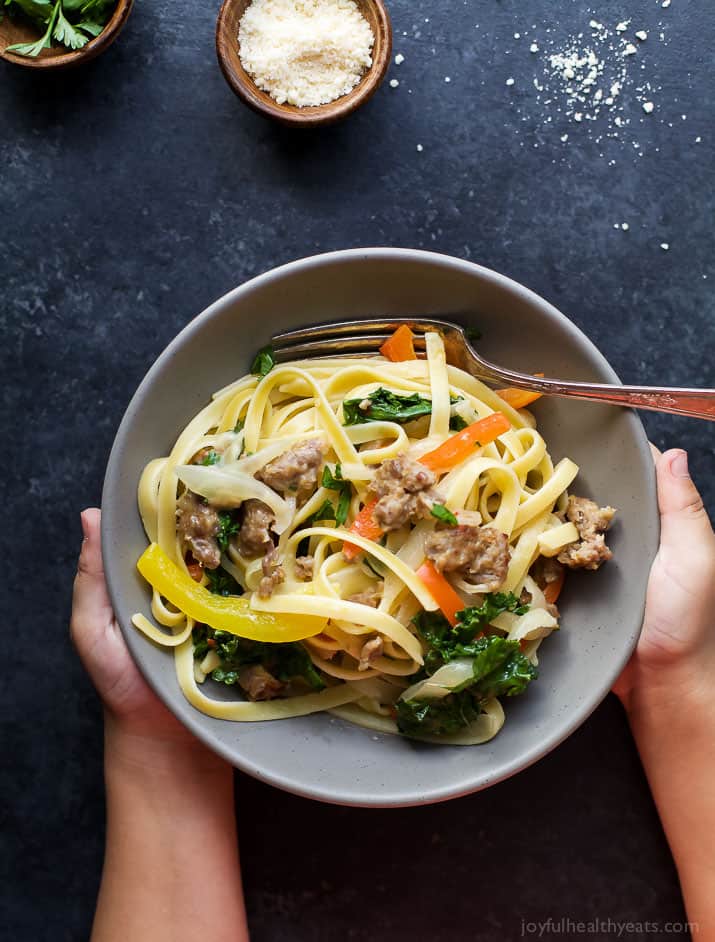 I think the reason I was so captured by the words was because I felt like it was talking about me. “Trying to put him into the box I designed.” “Trying to pull him down so I can see him eye to eye.” I was making him way smaller than he is.

Sometimes I don’t think our minds know how to handle or imagine a God that has been around since the beginning of time. A God that knows all things, that is everywhere at one time, that is three in one. It is hard for us to wrap our minds around. So instead we try to figure him out. We try to put him into a box that we CAN figure out.

We forget that he is THE KING OF WORLD. Nothing surprises him. He knows exactly what is going to happen next. Who you will marry. How many kids you’ll have. The trials in life you’ll go through. The heartbreak. The mountaintops.

I think I forgot. I forgot that no matter what I’m going through, he is still THE KING OF THE WORLD! 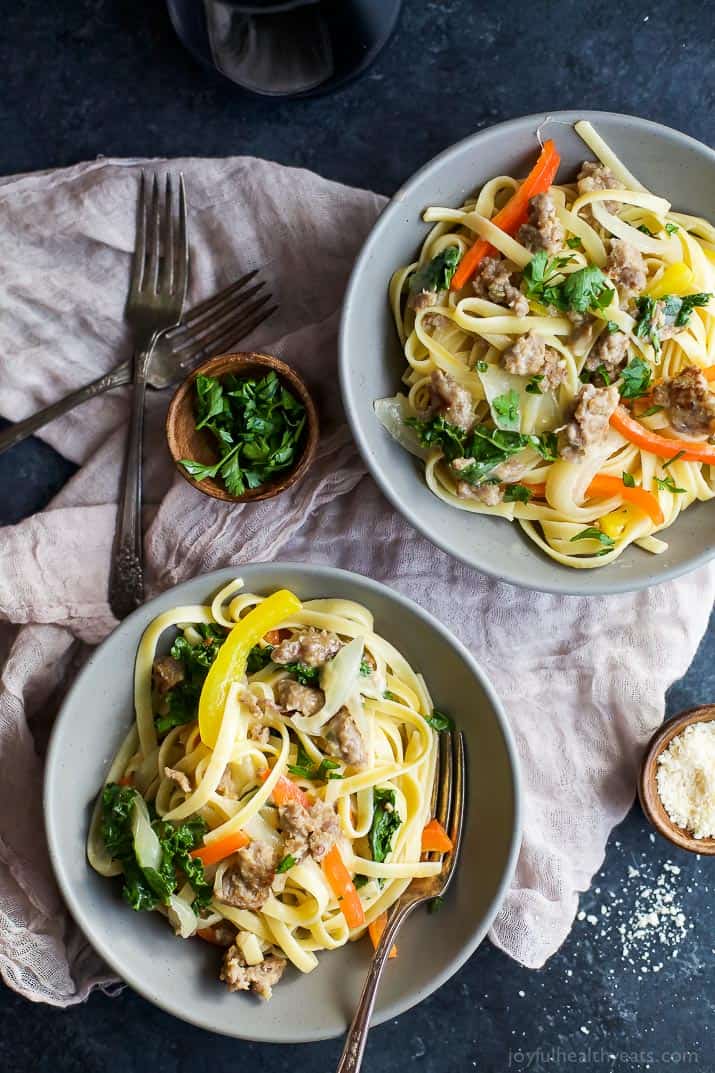 Just something I wanted to share with you. Now onto things that make your tummy rumble and grumble.

Sometimes a girl just needs a bowl of noodles. Ya know what I mean?

I love me some zucchini noodles, sweet potato noodles, spaghetti squash, anything that can be spiralized. But there is something to say about a perfectly al dente bowl of noodles covered in just the right amount of cheese.

It is completely and utterly satisfying!

Which is why you need to make this big bowl of Creamy Kale & Sausage Pasta, it’s divine. Especially with a glass of red wine to accompany the noodles. SLURP! 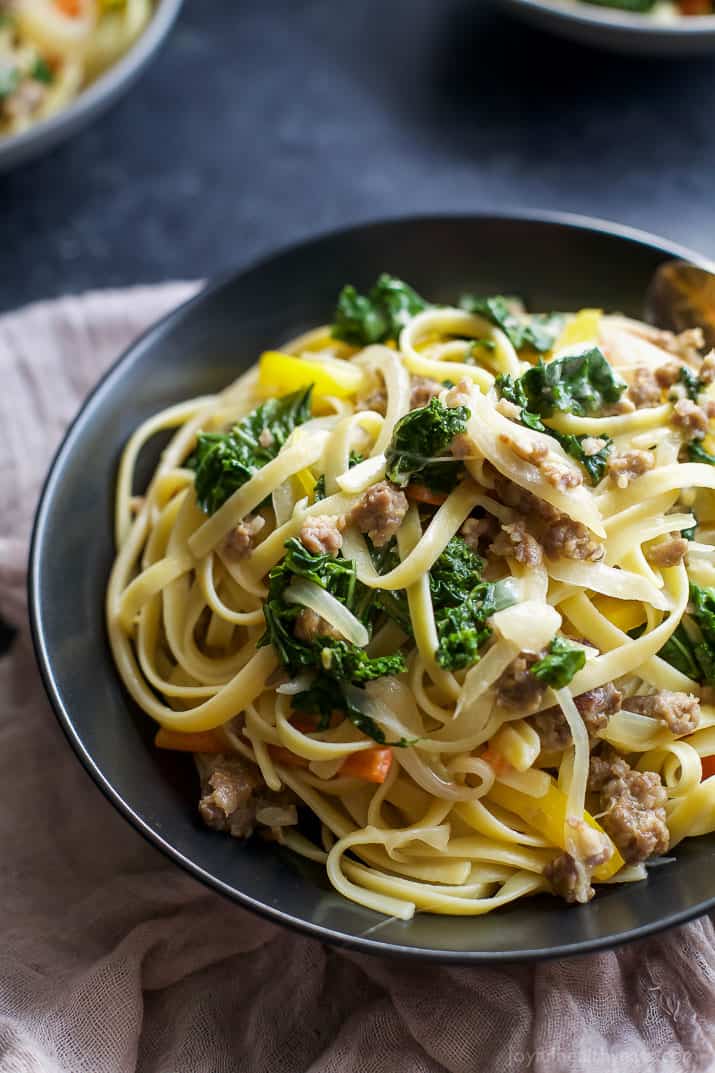 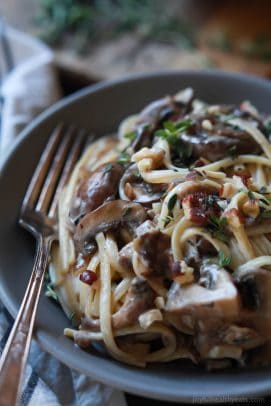 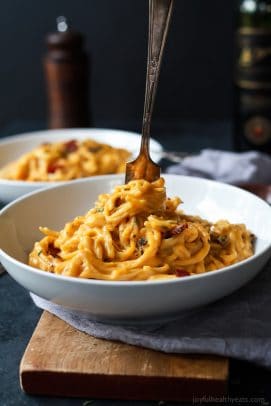 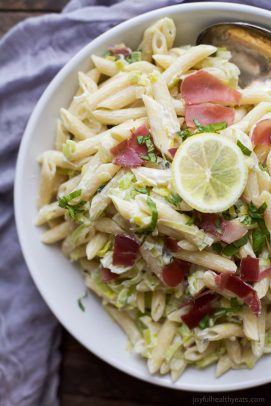 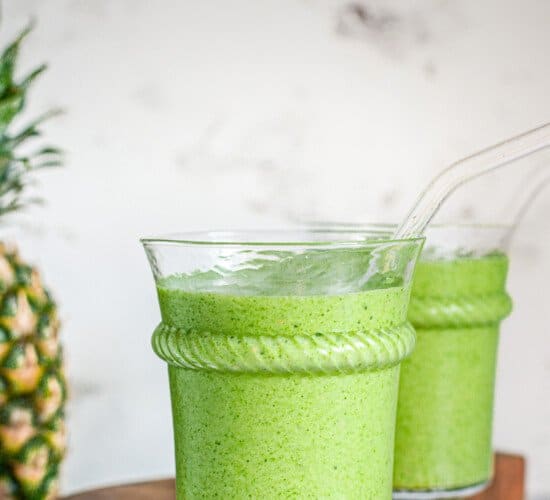 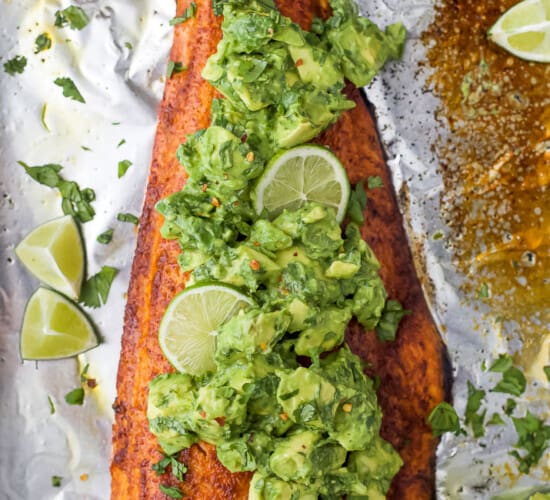 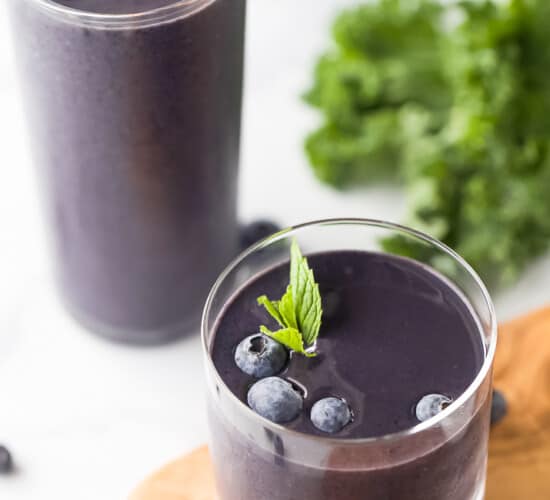 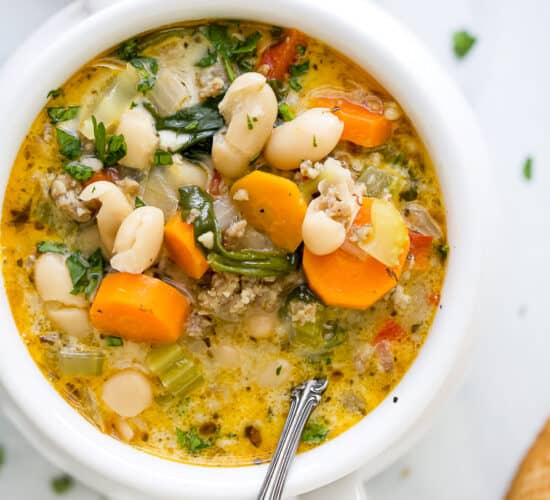 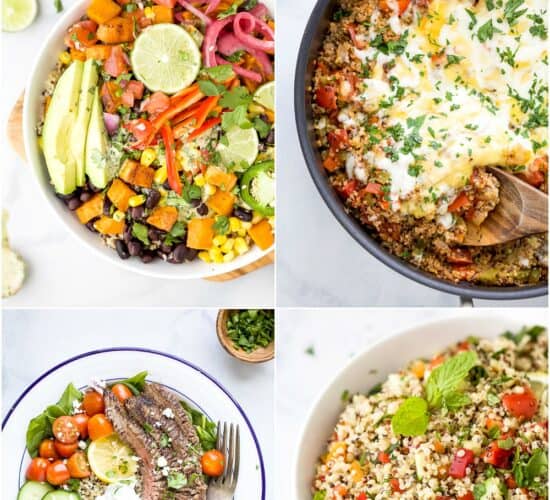 Top 10 Ways to use the Quinoa in your Pantry

Tag a friend who you want to share these metabolis

Real-life question. How do you eat your banana bre

⭐One of my favorite make-ahead breakfasts. This

One of the BIGGEST factors in getting lean is ...

😎My go-to healthy dinner when I'm in a bind. I