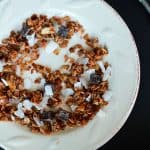 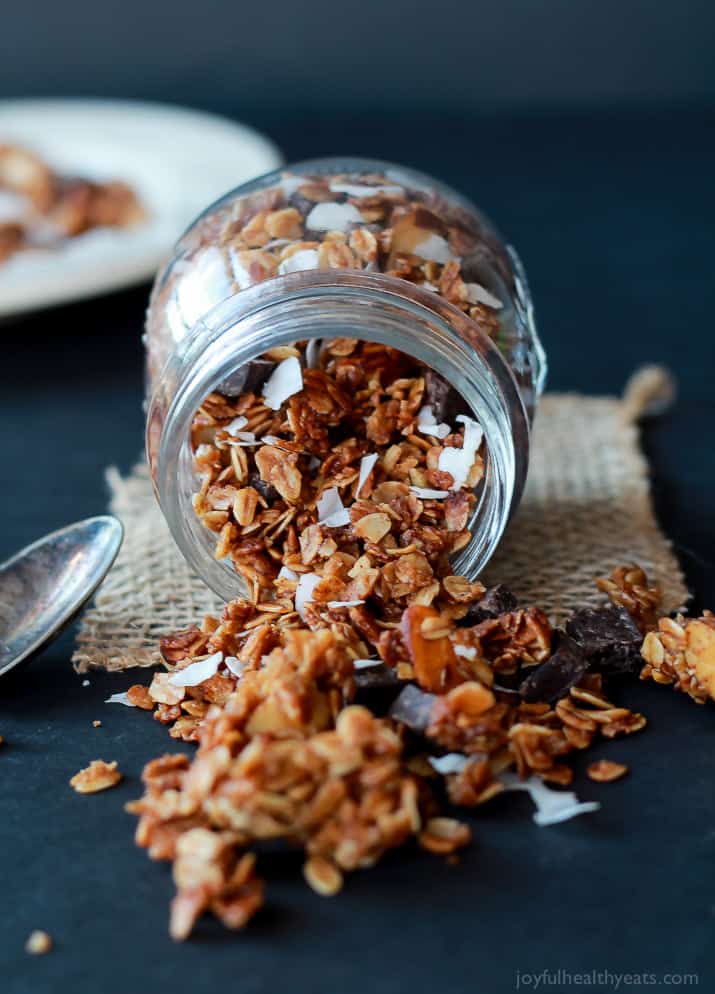 The crazy thing was, all it took was one word and I was forever changed. What word is that?

Unbelief was the topic we dove into yesterday at study … head on –> crashes guaranteed.

Why did this word rock my world so much? 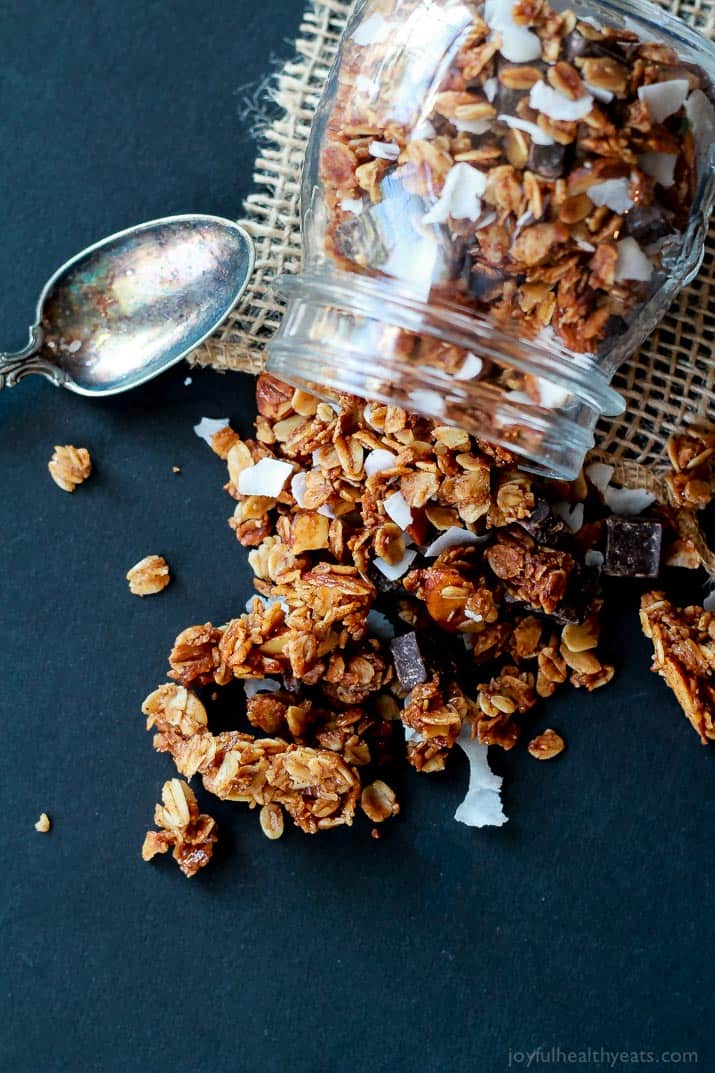 All my life I have thought of God as faithful. He showed up in my life in so many ways. He healed my parents marriage, he healed my mom of some things she was struggling with, he brought me the best husband ever who perfectly complements me, he has had his hand on my life and guided me every step of the way.

When we miscarried almost two years ago now, I was devastated. But I knew God was faithful, and that he would bring us a baby in his timing. I just needed to wait and be patient. {not my strong suit}

May of 2014 came around and I went to the doctor because it had been a year since he had been trying to get pregnant. They told me that I was not ovulating and recommended that I start taking these nutrient packed vitamins to help level off of the things my body was missing. August came around and nothing changed, but I felt like God was still dealing with my heart. He was asking me to pray for him to “breathe life into me” instead of praying for him to heal my body so I could ovulate. So that started to become my prayer. In September, our church was putting on this all day women’s prayer thing so I decided to go. Usually not my cup of tea, but it was only from 9am-2pm and there was worship so I figured, what the hey. I went in to that meeting expecting God to speak to me about pregnancy, just wanting an answer ya know. And he did! {funny how that happens when you ask} 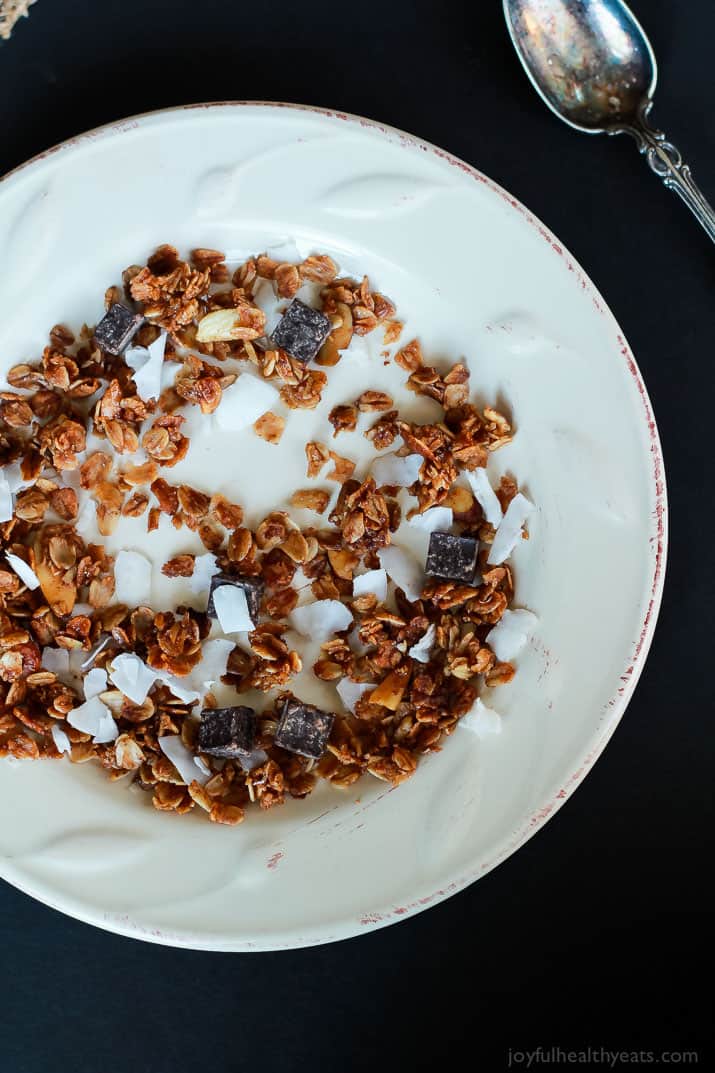 During the prayer meeting we broke up into some personal prayer time. I took my stuff, went to a corner, laid on the ground (because it was comfortable) and started praying. As I was laying on the ground with my eyes closed I started to have this vision or dream (whatever you want to call it). I saw the ceiling of our church opening up, and a bright white glowing angel was slowly coming down. The angel opened its mouth and put its mouth over my mouth, almost like you would see when someone is giving CPR, and then breathed a breathe of life into me. I immediately shot up from lying down to sitting.

Did he really just do that? Did I really just see that? I had been praying for God to breathe life into me and now I just saw an angel come down and DO IT! I was beyond excited and my faith was soaring. But then …. doubt and unbelief starting to creep in.

What if I choose to believe that he did breathe life into me (literal baby life into me) and it doesn’t happen? I will look like a fool. People will think I’m crazy.  The struggle to believe or not believe was real. I chose to believe, because I had no reason not to. God has delivered in so many ways before why not now! 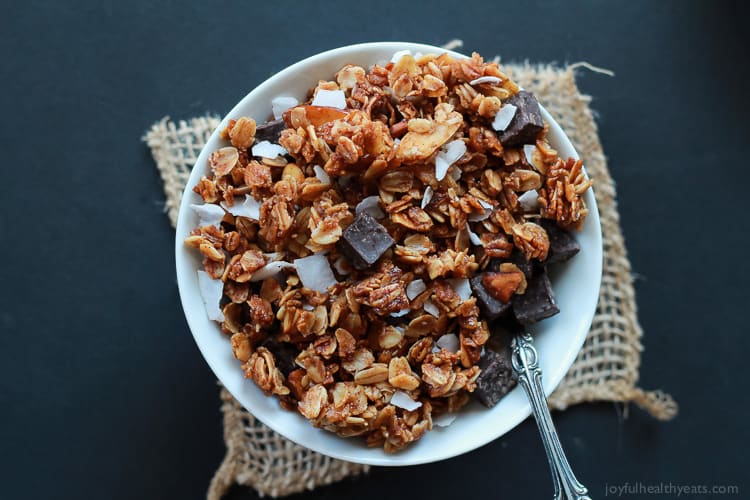 The end of September came around I had gone into the doctor to have blood drawn, they were testing to see if I had ovulated. While I was on vacation, walking out of Walmart I got a call from the doctor. She said, “I’m sorry, but the test results show that you didn’t ovulate this month.” I grabbed Mike’s hand and just started crying as we were walking through the parking lot. My faith was being put to the test.

Do I believe the things that the world is telling me OR do I believe that God can baffle the wise and allow us to have a baby despite what the medical people say?

I chose to believe that God was bigger. It wasn’t a question, yes of course he can do it!

October came around and there was no baby. My heart was literally broken, not only was there no baby but I felt like God had disappointed me that he had let me down. My faith was shaken, I felt humiliated for believing that it could happen.

So, as a way to “protect myself” I went into defense mode. You know that mode don’t you? I shoved the feelings of wanting to have a baby deep down. I wouldn’t let them come up because it just hurt. I told people that “God had given me peace and if we aren’t meant to have a baby then we are ok with that.” {ahem… lie} I started to believe that yes God was big enough to do anything, but that He just wasn’t willing to do it for me. I started to lose trust and faith in his power and love. 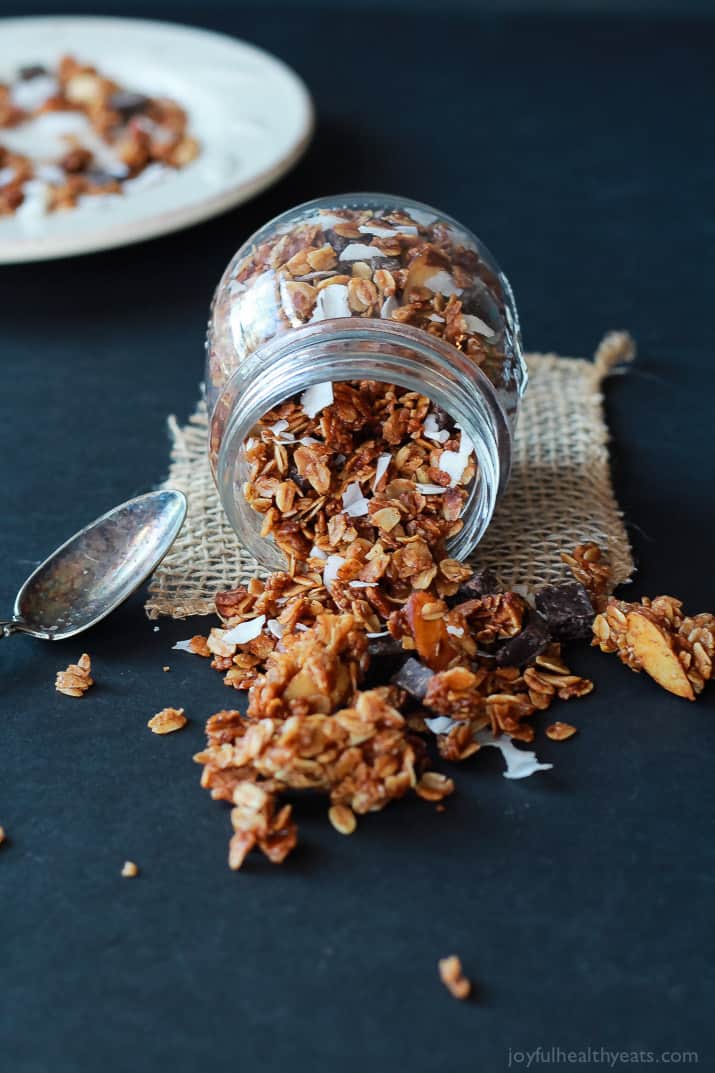 What would you rather have affecting you, unbelief or belief?

The past couple of months I have been consumed by my unbelief, that God is not big enough to conquer my biggest problem. Here’s the thing, his plan is way better than my wildest dreams. So instead of doubting whether he can do it, why not just jump into the deep end of the pool and watch God pull me out; place me on the highest mountaintop and show me all the amazing things he has for me.

Today I felt a weight lifted off my shoulders because I released that unbelief I had been holding onto. I am ready to receive the things God has for me … doubt free!

As your reward for the long novel of a read I will give you chocolate! hehe.

No really … todays recipe is Homemade Almond Joy Granola. I kinda made this granola recipe thinking of my papajojo (aka my dad) because he is OBSESSED with almond joy lattes. Like literally, he gets one almost every morning on his way to work. So this recipe is for you dad.

The granola in this has a slight maple, cinnamon, and nutmeg hint and is perfectly crunchy. Every once in a while you will get a nice bite of toasted almond and it is amazing. But the best part is when you get the coconut flakes or dark chocolate chunks. When that happens, life is just good. If your anything like my son, you might just start picking those out. But I encourage you to take a full bit to let all the flavors combine together!

Hugs friends! I hope you left with hearts full and tummies hungry to go eat this granola! 🙂

If you make this recipe, be sure to snap a pic and hashtag it #JoyfulHealthyEats. I love seeing what you make! 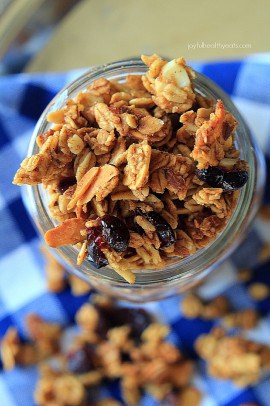 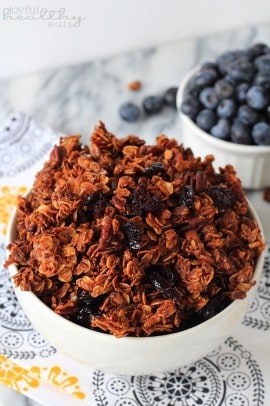 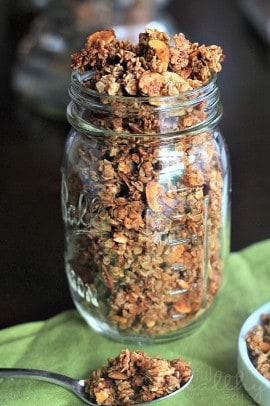 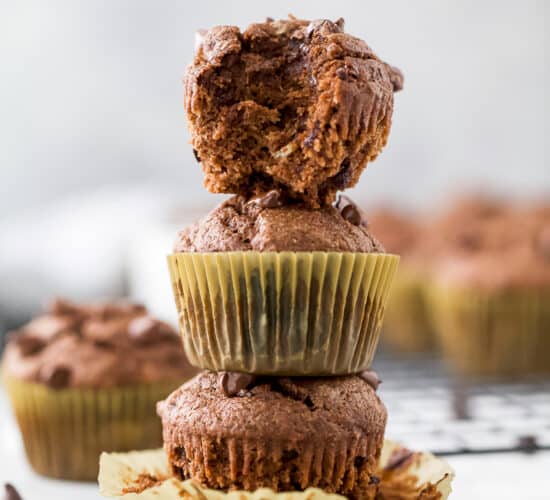 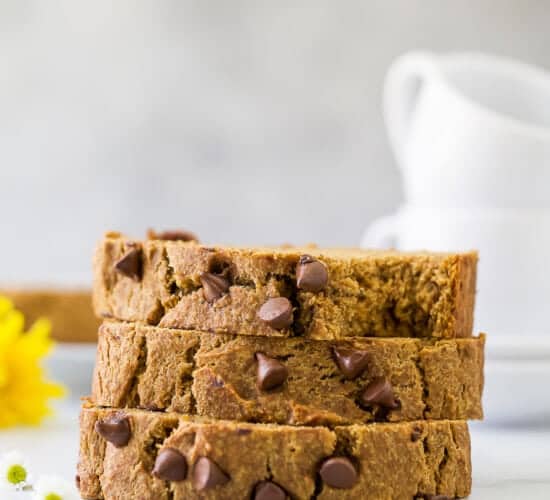 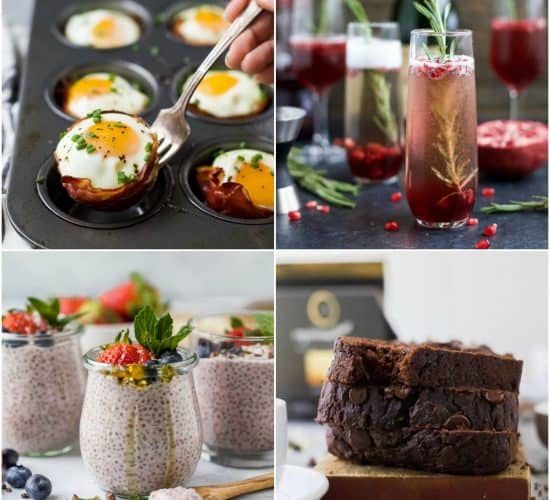 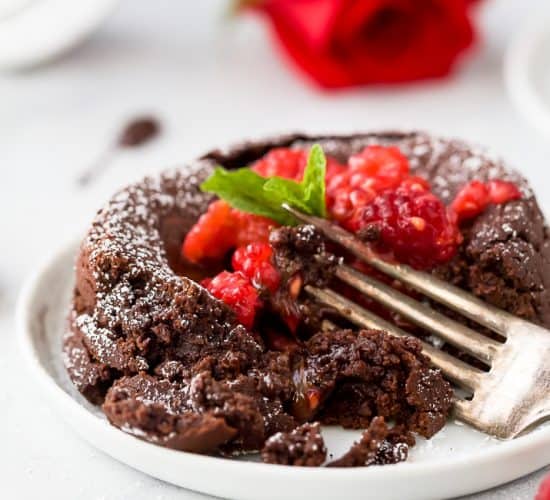 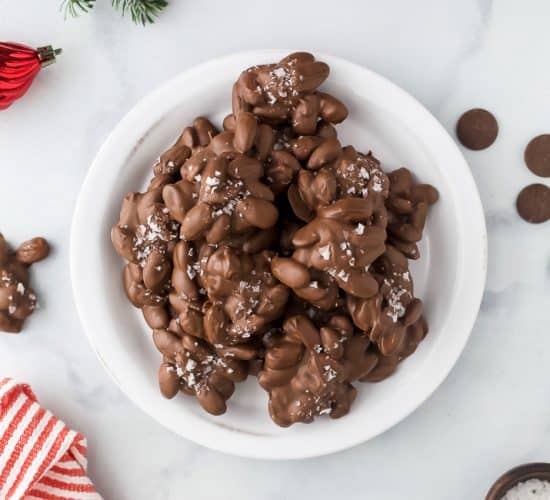 If you haven't made 🍅🍃CREAMY TOMATO BASIL SO

Need to find more ways to get protein in during th

Have you ever had a dish at a restaurant that made

I hate to say it😎.. but you were right! You tol

Hi! It's me. Just wondering how you're doing with

🌟Because it's #tacotuesday and gosh darnit.. yo

Have you heard of FIRE CIDER?🤔⁠⠀ ⁠⠀ Wel

🤩 If you want to impress me with your car🚙..

All the things you LOVE in one spot! EASY KETO PHI